We get an extra day this year. Whoot.

Also known as St. Oswald’s Day, February 29th makes this year one with 366 days. Since it takes 365 days and 6 hours for the Earth to revolve the Sun we get an extra 24 hours of bliss once every four years or so. There is certainly a more scientific explanation to it than mine but I’m pooped.

I will be the first to complain that there are never enough hours in a day. So what did I do with the extra 24 handed to me? Nothing noteworthy, that’s for sure. I have been suffering a migraine off and on since about noon yesterday so the fact that I did anything at all is something to shout about. I drug my big butt to the gym, to the grocery store, to the other grocery store, and even picked up little man from preschool on time. Then I hit a brick wall. Nothing a pot of coffee can’t cure.

I should have been cleaning my horrid shower doors. Anyone who thinks it is a good idea to put clear glass in a shower door obviously never had to clean one. I am a nazi about the squeegee (or squeech, says the little guy), so much so that my husband is terribly annoyed by it. The next shower doors I buy are going to have squiggles. You know, the soap scum patterned ones.

Instead I deemed today a special little occasion and made Leap Day Lasagna! Yum! 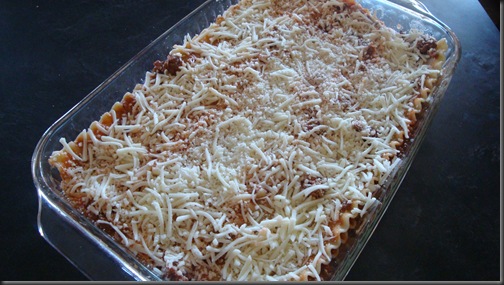 It is no different than your everyday home made lasagna. The special part is I only make it about as often as we get an extra day in our calendar year. The kids will groan, the hubbs will inhale, and I will have way too many leftovers.

I relaxed over a sink of dishes. Yup, you heard me. Wait, now that I hear me it sounds really weird. There is just some calming property to hand washing dishes (when you don’t have to all the time) that I enjoy. Don’t ask.

Now in addition to the shower doors and putting away about 8 loads of laundry, I have to contend with this: 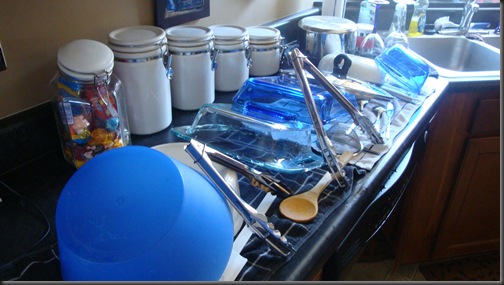 And this will just have to take a number: 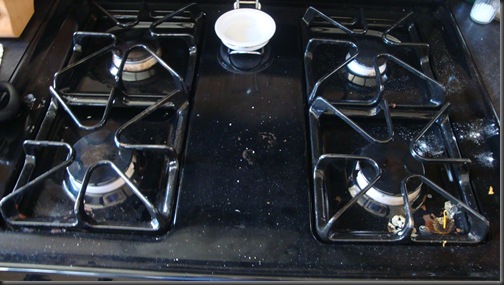 (supposed to be black, yikes!)

What did you do today? Any ladies propose to their dudes? Anybody have unusually good/bad luck?

This will make you fat.

It has been a very looong weekend. My little guy turned 5 on Saturday and I planned, executed, and survived one hell of a birthday fiasco. We had two grown up parties and one bounce-house kiddiepalooza in two days. Sheesh!

I made two of my favorite appetizer dishes this weekend and I am going to try my hand at a food post. If you know me then you know my camera skillz are almost as bad as my hair, don’t judge.

The reason I want to share these two recipes is because they are so dang easy it is a sin not to. That, and they are 100% of the time a crowd pleaser. I am not a food blogger, nor do I wish to be, so please try not cry when I leave out the handy printable recipe cards at the end of this post. Just take a few notes as you read and prepare to astound your hungry guests.

My ever supportive hubbs says that everyone in the entire world already knows these recipes. But the house is so quiet and my Bailey's and coffee says go for it anyway. Suck it. 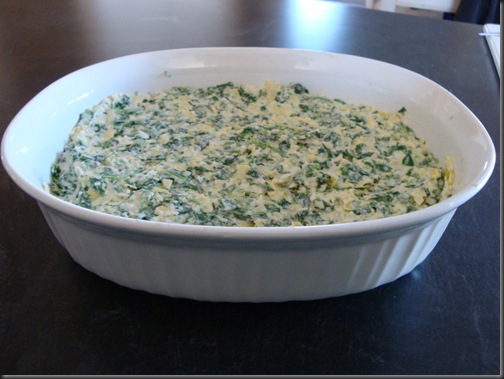 This is the uncooked version. When it is baked it gets all golden brown around the edges and has a bubbly delish surface.

Since I am not a professional, I forgot this pic before we stuffed it into our faces like it was fat free. Deal. 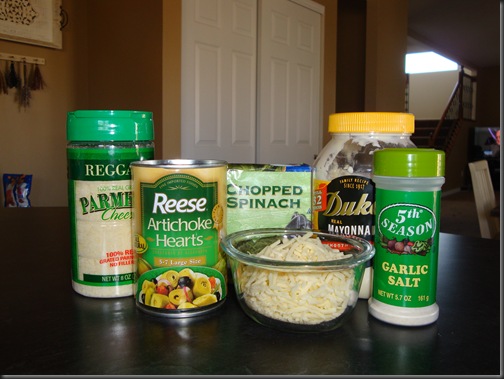 I used garlic salt here, it’s what I had.

Throw both cheeses and the mayo in a big ol’ bowl.

There are a few staples in my kitchen. The large glass mixing bowl from Pampered Chef is one of those things. I will mention a couple more that I can’t live without later on. 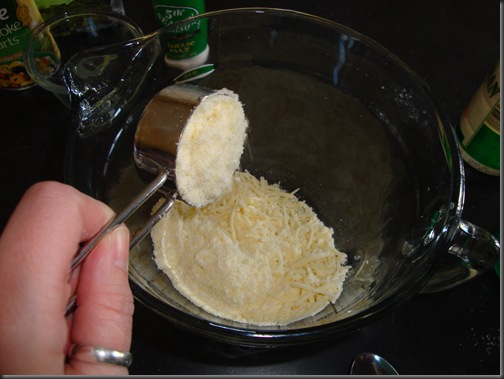 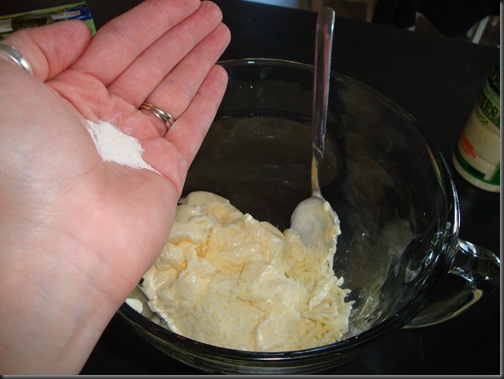 Yes, my hands are clean… and red. Huh. 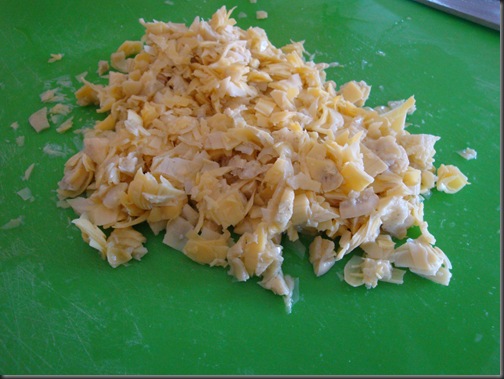 You need to thaw out the spinach. Squeeze the water out. I always put it in the microwave and end up burning the crap out of my hands draining it. 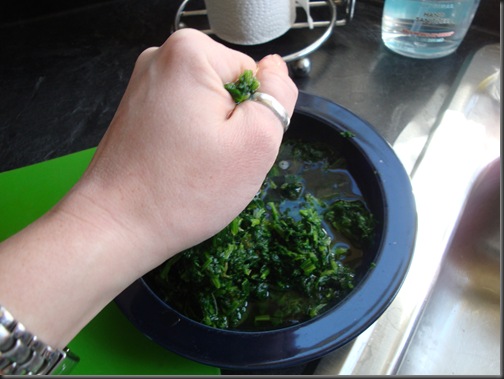 Even though you bought chopped spinach you need to chop it up too. If you don’t it makes the dip all stringy instead of creamy. 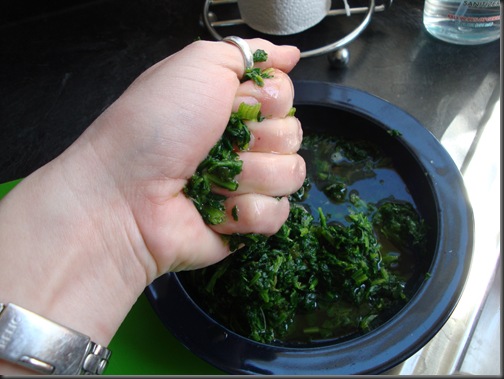 Then you throw them into the bowl and stir it all up. 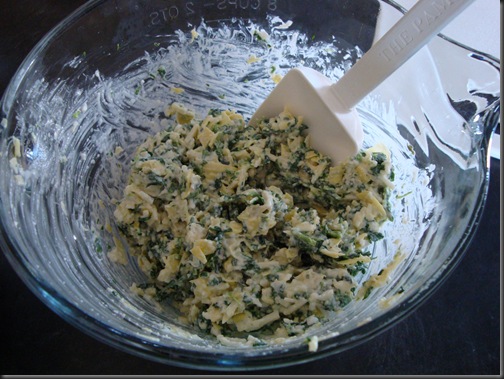 See that spoon-ula? Also Pampered Chef. We are in love. The brand doesn’t really matter, I lucked into this one and it is one fantastic tool that I use for everything.

Spread in a baking dish. Put in a 350 degree oven for about 25 minutes or until it gets all bubbly and the edges get crispy as I mentioned before. You can make this way in advance since it will just sit in the fridge, for days even, and patiently wait to be heated without breaking down. I love an obedient dip. 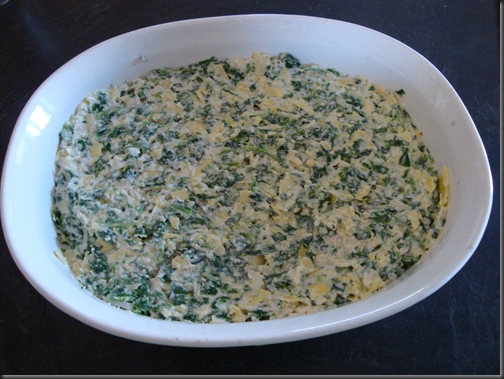 I serve mine with anything that will hold it. Favorites include: Wheat thins, corn chips, Triscuts, pita chips… whatever really. It is so yummy no one really cares about the vehicle of delivery. So freakin’ easy! 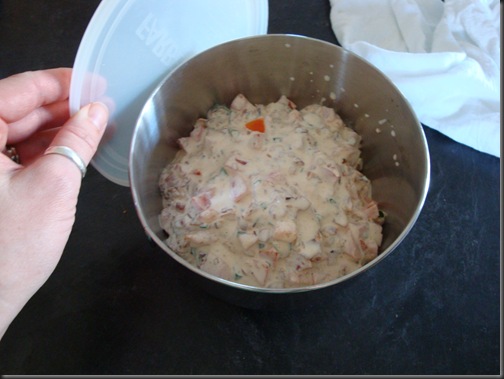 Another must-use-every-time-I-cook item came from my in-laws. See it up there in the corner? They are the huge, super thin, dish towels from Target. Not cheese cloth but thin. They come in a pack for like $3 and are as big as bed sheets! My Father-in-Law gave me a set and I love them. I am not much for using paper towels (unless I am draining fried crap) so I always have a dish towel nearby. These rock!

My husband was very sure in his “everybody has this recipe” comment about this one. I think that is probably true, but it doesn’t hurt to share. Why this is called BLT dip I will not figure out. There is no “L” in my version. There was a similar version to this that did have lettuce and my lovely boss used to painstakingly stuff cored out cherry tomatoes with it. I, however have an attention span that will not allow this kind of culinary magic. Besides, then people would just pop them in thier mouths without ever stopping to appreciate how dang long it took to make.

So we keep it simple:

One pound bacon (I use the real pig stuff, yum) I always cut my bacon in half. It makes it fit in the pan better so I can…. wait for it… 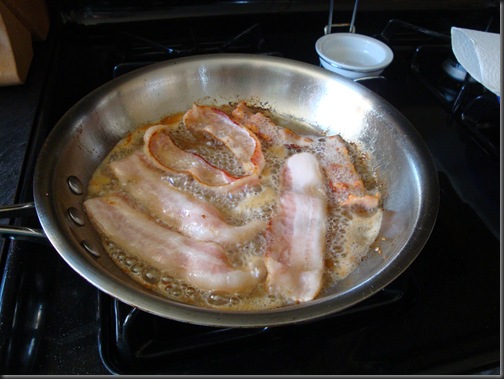 Go ahead. Have your coronary infarction and come back to me. I actually have a theory on bacon cooked other ways but that, my friend, is a whole ‘nuther post in its self. 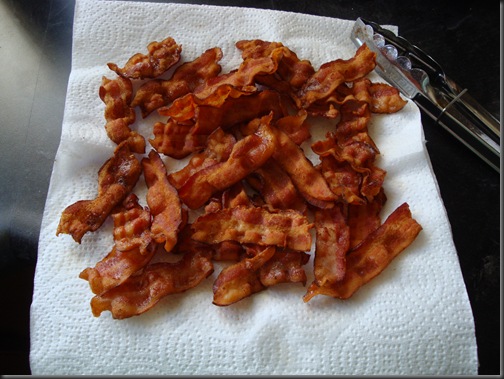 Let it cool a sec and chop your tomatoes in the meantime. This is where I add other things to the simple but perfect dip recipe introduced to me by my hunny’s Aunt. I just can’t leave well enough alone.

This time I used green onion. Sometimes I use grated Asiago cheese. Sometimes it gets loads of black pepper. Once I used minced garlic, which I don’t suggest. 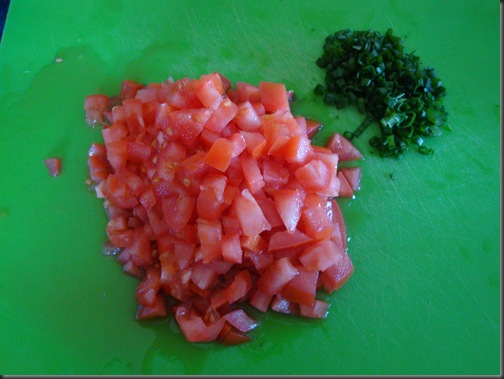 Now chop that bacon. Fine or coarse, doesn’t matter for either the bacon or the tomatoes, you choose. 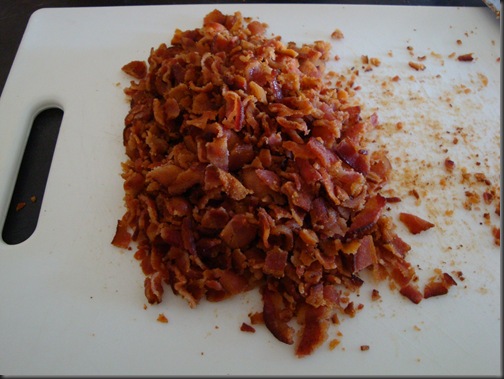 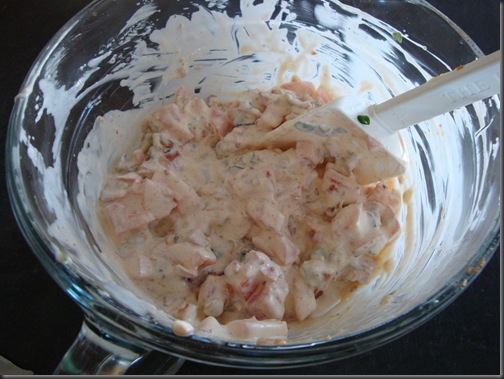 I like it on Melba toasts but you can literally use just about any bread/cracker/spoon. I had a little leftover once (very rare) and spread it between slices of toast for breakfast (oh, shut up). It refrigerates well and will definitely make you fat.

Neither of these recipes were really recipes since according to my baby daddy you all knew them already anyway. These are not culinary challenges. They are simply crowd pleasers that help me to build a bigger muffin.

Drop me a line and let me know what ya think.

Emilie Glyn
I am a devoted wife and stay-at-home Mom trying to get something right today. I care for three beasts, one of which walks on all fours. In our house we fight cancer, laugh 'till it hurts, cry without notice, and never tell a lie. Me personally? I am a little bit crafty, a little bit sassy, and a procrastinator who's imagination always gets the best of her. Enjoy and drop me a line to let me know you're out there.

What is up with that name? Find out HERE!